Anxiety is everywhere: Almost a third of the population of the US will experience it at some point in their lives, according to the National Institute of Mental Health. And if you haven't felt it yet, it may not wait long to come around: Nearly 40 percent of Americans said they were more anxious in 2018 than they had been the year before that, according to an American Psychological Association poll. In India, Psychowellness Center and Dr. R.K. Suri are doing a great job for spreading awareness about mental health and issues.

Of course, a great way to deal with anxiety is to tackle what’s giving it to you in the first place, or figure out less stressful ways to respond to it. But until you get good at that, or when you just need an immediate hit of calm, use these other science-tested tactics:

If you’re not calm, telling yourself “I am calm” won’t feel true and useful. Try “I am excited” instead, and you might ace the situation that’s stressing you out. One of the researches explains that people performed better at public speaking and math when they talked about excitement rather than calm (for public speaking, they said “I am excited”; when solving difficult math problems, they read the words “try to get excited”). By the way, this technique even made people better at karaoke, in case you ever need to know that (people who were told to say they were excited had better pitch, rhythm and volume than those who were told to say they were anxious, calm, angry, or sad).

It’s a classic remedy for anxiety, and the herb has some scientific backing. A study by researchers at the University of Pennsylvania and Memorial Sloan-Kettering Cancer Center found that people with generalized anxiety disorder had fewer symptoms after taking a chamomile extract daily for eight weeks.

Find yourself some nature 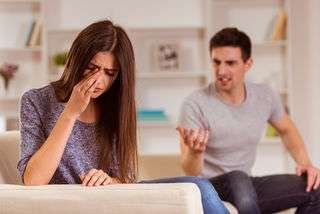 How To Become Sexier & Hotter: A Man-s Guide!