Do you find yourself cleaning your table every 15 minutes? Do you feel a strong compulsion to wash your hands twenty times a day during a typical workday? There are strong chances that you could be suffering from what is termed as ‘OCD or Obsessive Compulsive Disorder’. People diagnosed with OCD struggle to deal with obsessive, self-repeating behavior that appears to be beyond their voluntary control. OCD counselling helps lot in overcoming and coping with OCD

Although the actual act itself may be innocuous, the root cause usually involves fear or concern about some deep-rooted issue. For example, washing hands all day long could mean you are afraid of contracting the disease through germs. The problem with OCD is that it can interfere with your daily life and distract you from achieving your goals.

Fortunately, counselling can help you explore and accept the motivation or fear underlying compulsive behavior. Counselling is a non-invasive therapy that helps you identify the cause driving the OCD. Counselling also helps reinforce positive thought patterns while replacing negative beliefs and attitudes.

What are the signs of OCD?

If you experience some or all the following signs, there could be a strong likelihood that you may suffer from OCD

Check how to get freedom from state of dependence

You find yourself checking things over and over again to ensure that nothing is wrong; you don’t trust anyone else to do there is a constant, overriding fear that you contract disease or germs; hence an obsession with cleanliness and hygiene Ceaseless mumbling, tapping or repeating certain words and phrases; excessive religiosity motivated by fear Extreme cases involve the constant mental intrusion of sexually explicit images or even thoughts of violence

Why do people suffer from OCD?

Although the exact cause behind OCD is not known, modern research indicates that the following reasons could lead trigger the onset of OCD:

Abnormal levels of a hormone called ‘Serotonin’. Serotonin is responsible for processing and transfer of nerve impulses from the brain to different parts of the body Brain imaging studies have indicated that brain activity of people who suffer from OCD indicates increased blood flow and stronger emotional responses

How can counselling help with managing OCD?

The therapist at Psycho wellness will help you identify the cause of your exaggerated response to certain triggers. Counselling sessions will involve talking about what you feel and why you feel the compulsion to act the way you do. In order to treat the behavior, you may be exposed repeatedly to perceived triggers and asked to control your response.

Moreover, OCD is much more than being Clean and Organized

Individuals suffering from obsessive-compulsive disorder (OCD) are often viewed as meticulous, finicky and perfectionists who have a knack for keeping their possessions prim and proper. Although this notion does not accurately represent the challenges of those grappling with this disorder, the media has played a huge role in creating such perceptions about the people with OCD.

The symptoms of OCD generally appear during adolescence and early adulthood that causes a great deal of discomfort by interfering with daily life. One of the most pervasive symptoms witnessed in case of OCD is the preponderance of “intrusive and obsessive thoughts and behaviors.”

These problems make individuals with OCD more susceptible and sensitive to a range of problems, both psychologically and socially. In response to the provoking thoughts, an individual with OCD experiences significant anxiety (obsessions) that forces him or her to perform some tasks or rituals (compulsions), such as hand washing, keeping things in order, checking things repeatedly, etc. In children and adolescents, OCD can interfere with their normal routine, which leads to a poor academic performance and adverse personal relationships.

Take the best OCD counselling from the best psychologists India at Psychowellness Center. 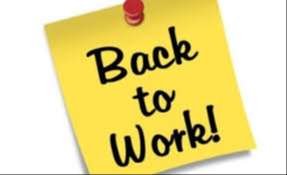