Anxiety is everywhere: Almost a third of the population of the US will experience it at some point in their lives, according to the National Institute of Mental Health. And if you haven’t felt it yet, it may not wait long to come around: Nearly 40 percent of Americans said they were more anxious in 2018 than they had been the year before that, according to an American Psychological Association poll. In India, Psychowellness Center and Dr. R.K. Suri are doing a great job of spreading awareness about mental health and issues.
Of course, a great way to deal with anxiety is to tackle what’s giving it to you in the first place or figure out less stressful ways to respond to it. But until you get good at that, or when you need an immediate hit of calm, use these other science-tested tactics:

Forget being calm
If you’re not calm, telling yourself, “I am calm” won’t feel true and useful. Try “I am excited” instead, and you might face the situation that’s stressing you out. One of the researches explains that people performed better at public speaking and math when they talked about excitement rather than calm (for public speaking, they said “I am excited”; when solving difficult math problems, they read the words “try to get excited”). By the way, this technique even made people better at karaoke, in case you ever need to know that (people who were told to say they were excited had better pitch, rhythm, and volume than those who were told to say they were anxious, calm, angry, or sad).

Consider Chamomile
It’s a classic remedy for anxiety, and the herb has some scientific backing. A study by researchers at the University of Pennsylvania and Memorial Sloan-Kettering Cancer Center found that people with generalized anxiety disorder had fewer symptoms after taking a chamomile extract daily for eight weeks.
Find yourself some nature
One Wisconsin study found that people who live in neighborhoods where less than 10 percent of the area was covered by tree canopy were more likely to have anxiety, stress, and depression. But you don’t have to move to get the benefits. Other research from Stanford University and UCSF found that people who did a 50-minute walk in a natural environment had decreased anxiety and rumination compared to people who did a similar walk in an urban setting.

Deep Breathes
Scientists have been talking about the calming benefits of deep, diaphragmatic breathing at least since Herbert Benson at Harvard brought it up in the 1970s. Forty years later, it’s still worth doing. Some yoga practitioners and other wellness experts recommend one type of breathing over another, but the basic, diaphragmatic breath is one that you take where you feel your diaphragm go in and out rather than feel your chest go up and down. Learning to breathe better can even make you stronger.

Get Mindful
You didn’t think we were going to do a piece on anxiety without mentioning mindfulness or meditation, did you? A study showed what happened when people received mindfulness-based therapy and found that the effect of these therapies were “robust” when it came to improving anxiety. And John Kabat-Zinn, an emeritus of the University of Massachusetts, found long before that that mindfulness-based meditation reduced symptoms of anxiety. 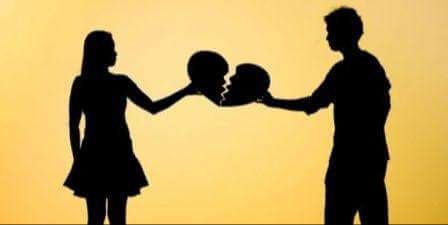 Learn To Cope Up With Ocd