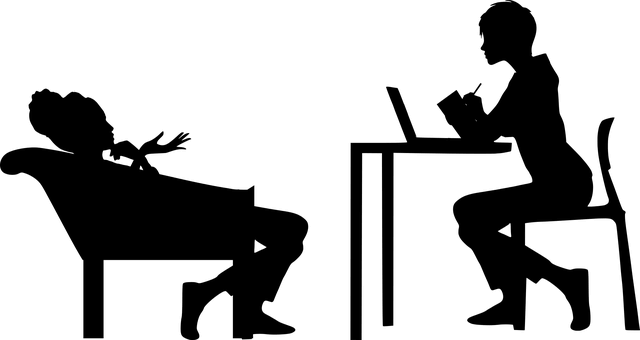 A Person-Centered approach to counseling was developed by Carl Rogers. He viewed the human nature as essentially good. They are positive, forward-moving, constructive, realistic, and trustworthy. Each person is aware, inner-directed and moving towards self-actualization, the most prevalent and motivating drive of existence.

The theorists believe that all individuals are capable of finding purpose and meaning in life. A failure to learn and change is considered dysfunctionality.

The importance of self is very central to this approach. It is considered an outgrowth of what a person experiences and an awareness of self help a person differentiate themselves from others. A healthy self requires positive regards, that is love, warmth, care, respect, and acceptance but these are offered with tagging conditions.

Self-worth is then associated with social acceptance through conformity. Incongruities between the person’s ideal self and their real-self lead to individuals becoming alienated and maladjusted.

A person-centered counselor sets up and promotes a climate in which the client is free and encouraged to explore. They are of their client’s both verbal and nonverbal language. The relationship between the counselor and the client is very immensely important. The session is not planned ahead of time, it takes its own direction. The counselor is the facilitator who centers the goals on the client and not their problems. The aim is to teach them how to cope with the situation and help them become functional without needing to employ defense mechanisms. Other goals are to make clients more accepting of themselves and others, and make them better decision-makers.

There are three necessary conditions for counseling:

Empathy is primarily the counselor’s ability to think with the client and grasp their communications, intentions, and meanings along with the ability to convey the understanding to them. It can be either be subjective, interpersonal, or objective.

Unconditional positive regard is a deep and genuine care for the client. This concept means to value a person for their existence by being objective and not harboring any judgments.

Congruence is the condition of being transparent in the therapeutic relationships by giving up roles and facades, and refraining from pretense.

The person-centered approach has introduced motivational interviewing and it has proven to be helpful for ambivalent clients to clearly assess their thoughts and feelings. Other techniques include active and passive listening, accurate reflection of thoughts and feelings, clarification, summarizing, confrontation, and general or open-ended leads but questions are avoided.

This approach is applicable to a wide range of human problems and can be adapted in different cultural and contextual situations. It can be used for individuals suffering from anxiety and adjustment disorder and is especially helpful for those with tragic pasts as it allows them to embrace the struggle and get over the emotional turmoil slowly.

A few believe the approach to be simplistic and lacking structure. It cannot be applied to severely disabled and young children because it requires bright and insightful clients to be part of the process. Another criticism is that the approach is too optimistic and dwells on surface issues, not encouraging deeper exploration and may not aide long term changes.

REBT is one of the theories that have a cognitive base. It was developed by Albert Ellis and has been prejudiced due to his eccentric behavior. He believed that people have both self-interest and social interest and that people are inherently rational and irrational, sensible, and crazy.  Irrational thinking or irrational beliefs may include the invention of upsetting and disturbing thoughts.

He viewed human beings as gullible, highly suggestible, and easily disturbed. Children are the most vulnerable to external influences and irrational beliefs. He also believes that humans are capable of controlling these thoughts from within but must be consciously aware of what they are feeding to themselves through self-talk in order to gain control of their lives.

The counselors have an active and direct role, acting as instructors who teach and rectify their client’s cognitions. To counter these deeply ingrained beliefs, the counselor must be consistent and repetitive because simple logic and reasoning aren’t enough. Therefore, counselors also need to be at the lookout for illogical or faulty statements made by the clients and challenge them.

The primary goal of this theory is to help individuals realize that they can live more rational and productive lives. It also aims to stop catastrophizing and as a result not get upset or make demands which are not likely to be fulfilled. Clients are encouraged to be more tolerant of themselves and others, as well as achieve personal goals.

The techniques employed by counselors are teaching and disputing. Teaching includes educating the clients about the working of REBT and the association between thoughts and feelings. This process is known as rational emotive education and is usually didactic and directive.

Cognitive disputation involves the use of direct questions, logical reasoning, and persuasion.

Behavioral disputation involves behaving in a way that is opposite of the client’s usual way, including role-playing and homework assignments.

Read also : 11 Important Signs Of Gas Lighting In Relationship And At Workplace

Two other techniques are confrontation where the counselor challenges the claim of the rationality of irrational thoughts, and encouragement where clients are asked to abandon the thought process that is not working out for them.

REBT is a clear cut, easily learned and effective approach. Clients rarely have difficulty understanding the principles of REBT and can employ it on themselves outside of the session. They also have a fair understanding of the counselor’s behavior and what they aim to achieve out of it.

It has proven effective on individuals with OCD, anxiety, and personality disorder but cannot be applied to individuals with psychosis. One of the major drawbacks is that it is very easy for the counselors to slip into a state where they are being overzealous and not entirely helpful. In their attempt to rule out irrational beliefs, they might overlook the client’s emotions and hamper the relationship they share.

Some psychologists argue that changing the pattern of thinking may not necessarily change the emotions because at times the association is not strong enough to have any significant influence. Don-t Seek "because Of Me Only" Recognition