The Concept Behind Obedience. Why Do You Obey? There are a whole lot of reasons for why you obey. These extend from a fear of punishment to truly believing in what you’re told to do. These reasons can be personal or very general, based on your natural human psychology. Traditionally you tend to stick with rules and routines that you’re used to. You obey rules that are ingrained in society because deviating might mean losing what you’ve already established.

You feel you have less to lose if you obey the rules. This is because your life will stay the same when you don’t deviate from tradition. Just like choosing the same meal in a restaurant with every visit, you simply try to avoid regret. This is called Loss Aversion.  You’re also a victim of the Mere Exposure Effect. This theory suggests that you choose obedience simply because you’ve been exposed to it. This suggests that psychological obedience is actually created environmentally. If your parents and friends are obedient people, you usually are too, explains Dr. R.K. Suri best clinical psychologist in west Delhi.

When you fear punishment, you obey the rules. Authority figures have this kind of power. The psychological element of this kind of obedience is the anxiety you feel when it comes to consequences. You are terrified of being scolded. You dread having your luxuries taken away. If you disobey at work, you lose your job.

Similarly, your obedience can be influenced by Reward Power. In this case, you obey the rules and demands of others because you want to be rewarded. This could be praise, a raise, or even awards. Psychologically, rewards can even be more influential on your willingness to obey than the fear of punishment.

Best Psychologists in India say that the Agentic State is a mind-space you enter which influences your obedience. This especially applies when the order or rule you’ve been given is not something you like. You shift into this state to put blame on those who gave the orders, rather than yourself

A real-life application of this psychological state is seen in those who commit terrible crimes. Psychologists first noticed this phenomenon during the trials of officers who worked under Hitler. These Nazi officers would use the “I was only doing as I was told” excuse to justify their part in such heinous crimes. The agentic state allowed them to hide behind their superiors, and genuinely believed they were blameless, despite carrying out monstrous acts. By convincing yourself that you shouldn’t be to blame, you’re much more likely to obey even the evilest of commands.

The Milgram experiment on obedience to authority figures (1963) was a series of social psychology experiments conducted by Yale University psychologist Stanley Milgram. These experiments measured the willingness of study participants to obey an authority figure who instructed them to perform acts that conflicted with their personal conscience.

The participants were instructed that they had to shock a person in another room for every wrong answer on a learning task, and the shocks increased with intensity for each wrong answer. If participants questioned the procedure, the researcher would encourage them further. The person receiving the “shock” would make noises of pain, complain of heart pains, and even demonstrate seizure-like behavior.

Milgram’s senior-level psychology students hypothesized that only a very small fraction of participants (1%) would inflict maximum voltage. In Milgram’s first set of experiments, 65% of participants administered the full 450-volt shock, even though most were very uncomfortable doing so. Most participants paused and questioned the experiment at some point, but 26 out of 40 still administered the full shock, even after the confederate ceased to respond. These results demonstrate that participants were willing to obey an authority figure and administer extremely harmful (and potentially lethal) shocks.

The Stanford prison experiment was a study, conducted by Philip Zimbardo at Stanford University in 1971, of the psychological effects of becoming a prisoner or prison guard. Twenty-four males students were selected to take on randomly assigned roles of prisoner or guard in a mock prison situated in the basement of the Stanford psychology building. The participants adapted to their roles beyond the experimenter’s expectations. The guards enforced authoritarian measures and ultimately subjected some of the prisoners to psychological and physical torture. Many of the prisoners passively accepted abuse and, at the request of the guards, readily harassed other prisoners who attempted to prevent it. The experiment even affected Zimbardo himself, who, in his role as the superintendent, permitted the abuse to continue.

A fraction of the way through the experiment, Zimbardo announced an end to the study. It has been argued that the results of the study demonstrate the impressionability and obedience of people when provided with a legitimizing ideology, along with social and institutional support. The results indicate that environmental factors have a significant effect on behavior. In addition to environmental factors, Zimbardo attributes many of the guards’ actions to deindividuation afforded by the authority position and even the anonymity of the uniforms. The Abu Ghraib prison scandal has been interpreted based on the results of this study, suggesting that deindividuation may also have impacted the guards’ behavior in that situation.

After running these experiments, Milgram and Zimbardo concluded that the following factors affect obedience:

Expertise: A subject who has neither the ability nor the expertise to make decisions, especially in a crisis, will leave decision making to the group and its hierarchy.

Deindividuation: The essence of obedience consists in the fact that people come to view themselves not as individuals but as instruments for carrying out others’ wishes, and thus no longer see themselves as responsible for their actions. 6 Ways To Know Your Child Suffer From Mental Disorders 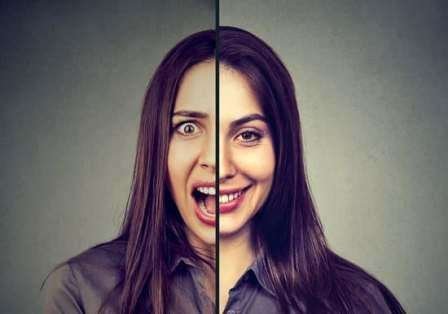 How Bipolar Disorder Is Treated