Do You Know What is Milan Therapy Approach How did the Milan Family approach come into existance? The first team to implement this approach consisted of four Psychoanalysts: Luigi Boscolo, Gianfranco Cecchin, Mara Selvini, and Guiliana Prata. In the 1970s in Western middle-class families, there was an explosion of anorexia which was considered a rare disease before, this became the primary interest of the “Milan Team.” They observed how predominantly women were developing the mental illness as an act of rebellion against their families.

Gregory Bateson’s ideas and anthropological studies had a huge influence on the team, his double-blind theory became a kind of benchmark for systemic family therapy. The psychoanalysts adopted a systematic framework, and made use of terms namely systems, family changes, feedback, loyalties, communication.

The sessions were divided into 5 different phases: pre-session, session, intersession, intervention, and the post-session discussion. For the pre-session, the team formulated some initial hypotheses about the family when presented with the problems. At first, only two family members would meet the team and the team would change, invalidate, or approve of their hypotheses in the first meeting itself.

After about forty minutes, the team would meet up to come to a common hypothesis and come up with an intervention. The therapists who were treating the family would then go back to them and present them with the intervention either by connoting it positively or conveying that it was a ritual that was to be done.

A positive connotation would be making the clients believe that the problem was logical and could be solved. A ritual would be demanding the family to do certain activities at certain times, even if they were odd. Eventually, the team would meet for a post-session to discuss about the family’s reaction to the intervention and plan the further treatment plan accordingly. Each session was recorded on tape when this innovation started rising in the USA.

In recent years, the Milan Therapy approach has changed as is everything subject to change. The approach to be considered valuable and credible should undergo changes. The changes are linked to the new global cultural and social contexts, people have been recognising and being more aware of cultural changes over the world.

The researchers contributing to the Milan Approach have been studying different anthropological, therapeutic, and philosophical perspectives. Earlier scientists were too interested in brain chemistry, but our brain is inside our body, our body which has different individual interactions with the world and its cultures. So, as said before, culture differences are coming to a highlight.

Nowadays, clinically, the researchers and therapists have involved themselves in much more qualitative studies and research. They’ve been dealing with issues of migration, multiple languages, and refugees. They’ve also been dealing with issues concerning with gender and different family’s approaches towards it. With the postmodern era, along with abuse of children and women, abuse towards parents has also been increasing, they are attempting to study these components.

Systemic family therapy looks for ways to prevent these distressing outcomes by sharing hypotheses about what must be going on with the family. The challenge is the social analysis of collective subjects. The contemporary capitalistic ideology really paves way for authoritarian principles around us, all of this tends to dominate common social groups. It is important to find key methods to avoid violence and destruction in these ages. Over the 50 years of its existence, the Milan therapy has always looked to bridge gaps, and has carried non authoritarian and anti-oppressive ideas with it. 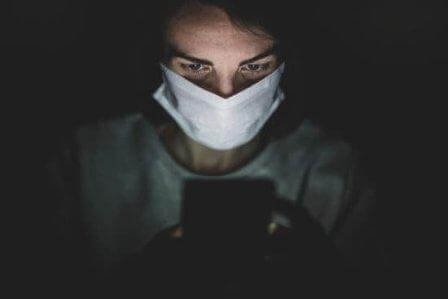 Curemd Healthcare: What To Look For In A Cardiology Emr


Importance Of Group Therapy In Dealing With Trauma