Reasons for smoking and the difficulty in getting rid of it Most people start smoking when they are only teenagers. People can begin smoking because they have someone close to them who has a smoking habit. Some teenagers think that smoking looks cool and start doing it; after this, they catch the habit of smoking. The substances in cigarettes can be addictive, so if someone smokes in front of you, you can easily inhale and feel the addiction if you keep on inhaling that smoke frequently. The tobacco industry does promotions, post advertisements, and their price breaks for the products they produce have massive control. You can get more information about tobacco and its uses in the eBooks that ebook writing service UK can provide you. Tobacco industries spend more than billions of dollars each year to produce and promote ads that demonstrate the smoking habit as a glamorous, safe, and exciting thing to do. The usage of tobacco is visible to us online, on televisions, and also in video games. Many movies also show the actors or actresses smoking, which also has a huge influence on people. Many studies demonstrate that teenagers or young children can start smoking by watching it in the movies. Today there are newer trends in tobacco utilization, and that is e-cigarette and high-tech, stylish electronic devices that we know as Vapes. People think that these devices are just for fashion and are harmless, also easier to buy than the usual cigarettes. But they, in reality, these devices are the pathway to learning the way of smoking and inhaling nicotine and preparation to start smoking. The nicotine in these devices is also addictive, and beginners can learn to inhale through these devices.

Who is more liable to catch the addiction through smoking?

It can be anyone who is starting to inhale the tobacco can catch the addiction to nicotine. The studies demonstrate that addiction to smoking can more likely happen in teenagers. So the younger you are, the more addicted you get to tobacco and nicotine. The 2014 Surgeon General's Report (SGR) reports that nine out of ten adults who had smoking habit were the ones who were smoking before the age of eighteen and practically all took a start by the age of twenty-six. The report also demonstrates that three out of four high school students who smoke will become adult smokers even if they intend to quit smoking; they cannot get rid of it.

Is it true that smoking tobacco can become very addictive?

Addiction is permanent when we are repeatedly using a substance even though it is harmful to us. The obsession that a person gets is an emotional or mental reliance on a sense. Nicotine is the substance that is the addictive substance inside tobacco. If there is a regular use of tobacco substances, it can lead to addiction in the user. The drug nicotine is naturally inside smoking, and it is also addictive like cocaine or heroin.

The effects of nicotine on you

Nicotine is harmful in many ways, and here are the effects that you can get through it:

The difficulty in quitting tobacco

Quitting tobacco is difficult because it can cause different symptoms in the body that are hard to tolerate. The body that depends on smoking can cause serious behavior changes because it feels the lack of tobacco in it as it has a habit. Users of tobacco face physical and emotional changes, and these withdrawals do not stop easily. Emotionally a user feels like they have lost someone or feels very low. The retreats are not dangerous, but they are very uncomfortable. The symptoms can last several weeks or even some days, but it gets better each day if you cling to the commitment of not smoking again.

Other withdrawal symptoms from nicotine 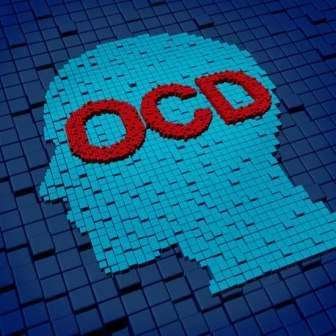 Learn To Cope Up With Ocd

Why You Need To Refine Your Emotions How To Deal With Physical Abuse?