Procrastination is the act of delaying or postponing something excessively and voluntarily, although knowing that it would have bad consequences. The word procrastinates is derived from the Latin prefix pro-, which means "ahead," and crastinal, which means "of tomorrow." At times, it appears as if all of our possibilities are there in front of us, but we can't seem to grasp them. When we procrastinate, we are wasting time that could be spent on something more important, says the best psychologists in India. We will be able to do more and better harness the potential that life has to offer if we can defeat this formidable foe.

Academic/non-academic procrastination, as well as behavioral/indecisive procrastination, each have their own underlying causes and effects. According to Dr.R.K. Suri the most common causes of procrastination as explained in current study, are "interporal discounting, task aversion, and specific personality qualities such as indecisiveness and distractibility."

Procrastination is “a method for coping with the anxiety associated with starting or completing any activity or decision,” according to Neil Fiore, author of The Now Habit. People who procrastinate frequently, according to Fiore, are usually lousy at time management and wind up scheduling in more work than they can realistically perform, leaving no time for pleasurable activities or rest. Not meeting these unreasonable expectations, according to Fiore, produces tension and anxiety, which some people cope with by procrastinating.

Fiore proposed the "unscheduled" as a strategy to deal with procrastination caused by anxiety. Before arranging any work, the unscheduled approach involves filling our schedule with pleasurable activities and rest. For example, if we find ourselves checking Facebook for 15 minutes every day at 3 p.m., schedule that time first and work around it. This planned downtime or pleasure will allow us to unwind and prevent us from overscheduling.

Anything saving that one dreadful duty would make the fun procrastinator happy. After all, there are so many fun and exciting things we might be doing instead of starting that tedious project.

If we can't bear starting that one dreaded task, try systematic procrastination. Why not make the most of our procrastination? Allow yourself to procrastinate, but instead of watching cat videos on YouTube, start working on something else on our list. By focusing on anything else first, we have delegated the hated work to a lower priority, which should help our fear of it less, and we are still productive in the interim. It's a win-win situation. 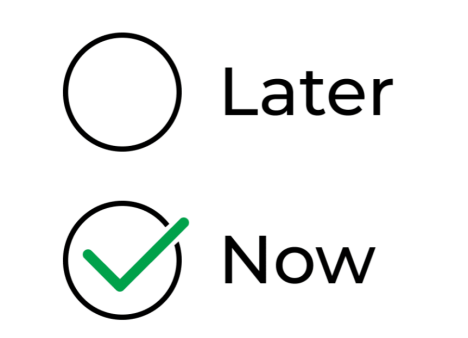 Many people struggle to get started on a project when they know the deadline is months away. Students who struggle to start an essay sooner than a few days before the deadline are exhibiting this form of procrastination.

There are other tasks that do not have a deadline. Take a glance at our-to-do list and see what we have on our plate. There's a good chance we have been putting off at least one task for weeks, if not months. We know it'll benefit in the long run, but we keep putting it off.

Dan Arierly, a Duke University professor of psychology and behavioral economics, experimented with allowing his students to choose their own deadlines.

Ariely assigned three tasks to his students and allowed them to pick their own timeframes. He predicted that students would set deadlines on the last day of the semester, giving them the maximum time to complete their assignments (and procrastinate). In actuality, students who picked early deadlines received higher grades than students who waited until the last minute to complete their assignment.

What does this imply? We will not only be able to get our task done, but we will also be able to do it well, if we establish deadlines for ourselves and publicize them.

Set deadlines for yourself and communicate them to your friends, family, and coworkers. This public declaration should help you stay on track and motivated to accomplish your deadlines.

Perfectionists are continuously aiming for perfection and, as a result, are continually critical of their own work. Fear of failing or creating subpar work can be so overpowering for some perfectionists that they never get around to starting anything.

John Perry, a philosopher and retired professor at Stanford University, believes that procrastination might be beneficial to perfectionists.

“They fantasize about performing a fantastic job as long as they have a lot of time to do it. Allowing oneself to accomplish a simply sufficient job by leaving it till the last minute is a form of self-permission. The majority of the time, a merely adequate work will suffice.” Identifying moments when we didn't do a perfect job but got the same result as if we will help break free from our perfectionist habits and stop procrastinating.

Finally, procrastination can be attributed to a variety of factors, including numerous distractions, a lack of desire, a fear of failure, uncertainty & perfectionism. Each one has unfavorable implications for one's profession, studies, health, and personal attributes.


How To Boost Your Confidence