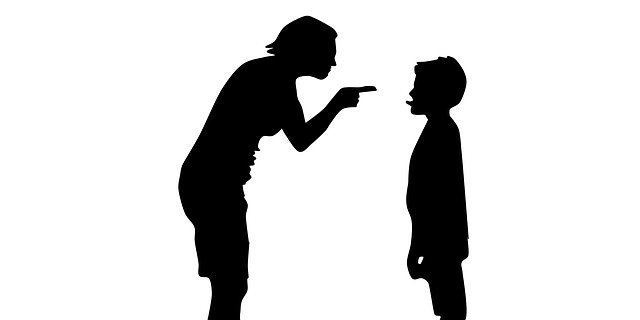 One of the few people that come to our minds after reading the word “Punishment” is the well-known and renowned psychologist and behaviorist B.F Skinner. Skinner proposed the word “Operant conditioning” which refers to a consequence of behavior that reduces the likelihood of that same behavior to occur in the future. While positive and negative reinforcement is used to increase the chances that the behavior will occur, Punishment can be used to get rid of unwanted behaviors. Punishment works to condition people to not repeat the same bad behavior or wrongdoings and can act as a disincentive. While punishment can have many types and forms, it is mostly used for disciplining children and in law and crime.

Punishment is a common way of disciplining children that has been used widely by parents and teachers. But punishment practice is considerably dropping due to the adverse effect’s punishment has on a child. Parents turn to punishment when the child disobeys them or simply to implement socially acceptable behavior in their child. Ranging on the severity of the bad behavior, punishments such as yelling, taking away toys or favorite items, time-out, grounding and in some cases even physical punishment also known as corporal punishment in which the children are beaten or spanked as a consequence of their bad behavior. These punishments have a negative effect on everyone. Children tend to have antisocial behavioral problems and it may also lead to the children having anxiety, low self-esteem and cognitive issues. Parents tend to get more aggressive and this in turn makes the child aggressive. The parent-child bond can be severed if punishment is used as the prime method of dealing with bad behavior.

According to B.F.skinner there are two types of punishment.

This type of punishment is usually known to be punishment through application. In this the child is presented with an aversive reply after they had done something wrong.

For example, when a child is interrupting the class, the teacher scolds him.

This type of punishment is usually known to be punishment by removal. In this the person doing a mistake is taken away from a behavior he is supposed to do.

For example, when a child talks in between the class and even after scolding dont stop. Then the teacher can stop him from going into recess because of his behavior.

In schools, punishments take place in the forms of suspensions, detentions, expulsions. In the past, teachers used corporal punishments too like beating the child, asking the child to stand with their hands in the air, kneeling on the floor, doing sit-ups or asking the child to run rounds of the school ground and so on. Best psychologist in India says that severe punishment in school leads to the child’s low self-esteem or embarrassment due to getting punished in front of a large number of people and can cause anxiety and several behavioral problems. The child may start hating or resenting the school and may start skipping class which hampers the child’s learning and education. Various new rules have been made in which legal action can be taken against the school if a child is physically or mentally harassed.

When we talk about punishments related to law and crime, the severity of these punishments is made to fit the crime. Because crimes are committed with the intention of harming others or harming property, the sole reason for these punishments is that they aren’t repeated. These can range from house arrests to jail time, rehabilitation to restitution and lastly the death penalty. The purpose of these punishments is to prevent future crimes and teach the offender or criminal to be a law-abiding citizen of the society. Punishments for crimes can also be used to send a message to the public or warn future criminals of the consequences. After being held captive in jails for a long time, prisoners once free go ahead and commit crimes on a smaller or some even on a larger scale as their previous crime. The sudden feeling of freedom and being in control of things is usually what motivates them to engage in crimes.

Punishment can be as effective as anything in some cases but Punishment is not always an effective solution to problems, be it dealing with children or criminals. The behaviors that occur after punishments are often temporary or people tend to engage in the wrong behavior sneakily and get better at hiding these behaviors. When parents spank their child to correct their behavior, the children do not learn to correct their bad behavior. They instead avoid that behavior in front of the parents.

Parents should try to teach good behavior instead of punishing bad behavior. It is necessary to understand that different children behave differently and that punishments don't always seem to work. Smaller children tend to learn and model the behavior that they see around them. Try to reward and acknowledge good behavior so children do not engage in bad behavior. Try and converse with your child rather than yelling at them. Understand as to why they did what they did. Time-outs are usually the best way of resolving matters. Remember that how we act as a response to a child’s bad behavior, he/she may react in the same way. How Thoughts Shape Your Life 3 Social Conformity That Influence Your Behavior